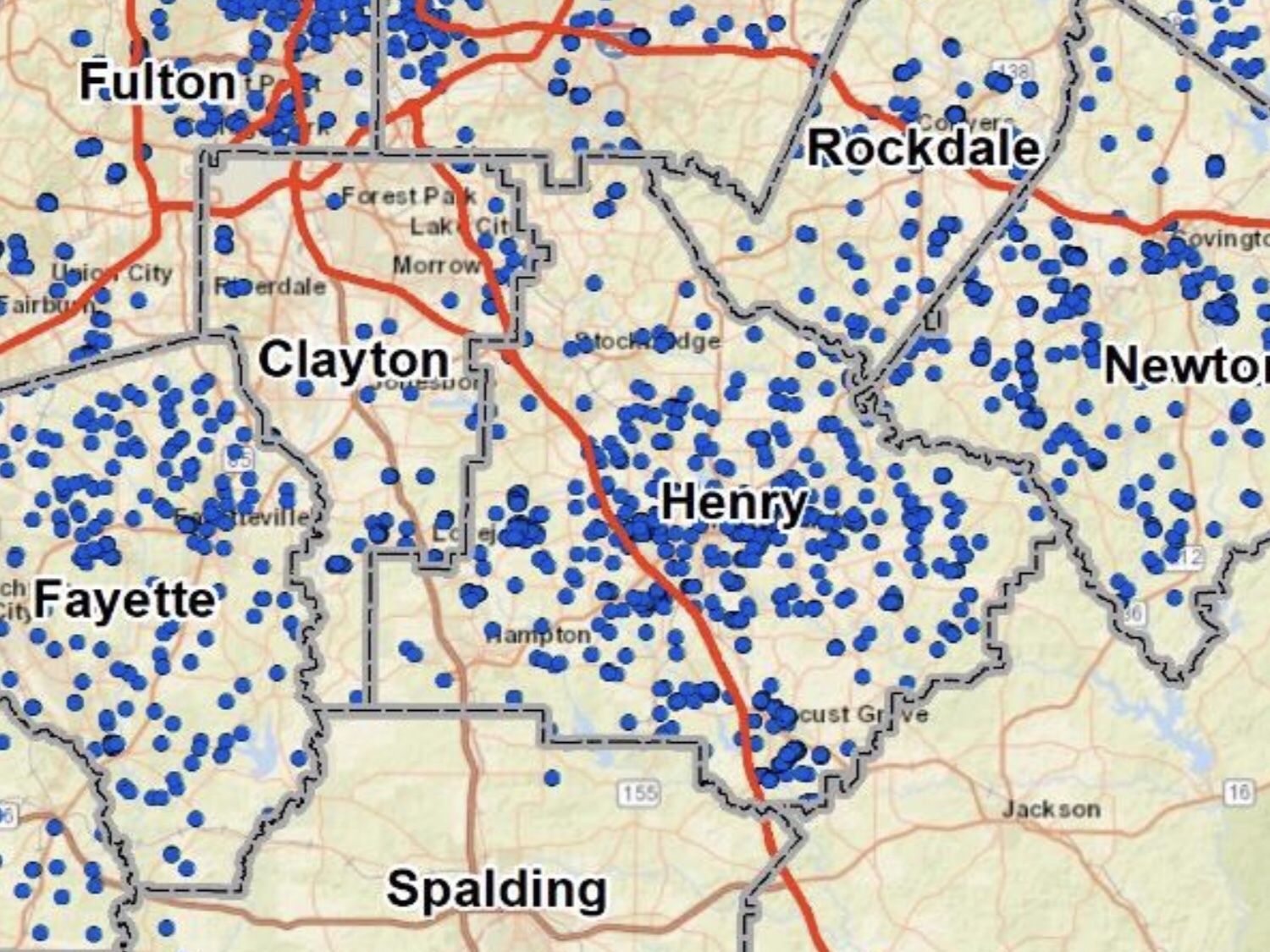 Preliminary data from the US Department of Housing and Urban Development illustrates a 4.7% decline in year-over-year residential building permits issued in Henry County. A total of 1,816 permits were issued in 2019, including 1,684 single-family permits and 132 multifamily permits.

The multifamily permits were issued for the under-construction Canyon Springs apartments off Jonesboro Road. Commissioners approved phase I of the project, consisting of 223 units, in 2017 and approved phase II with an additional three-hundred units in November 2019.

Land disturbance activities have also started on new “big house” style apartments on Mt Carmel Road. The project was approved for 230 units one year ago.

Permits within the Cities

Source: State of the Cities Database

Within the city of McDonough, where nearly half of all incorporated residential activity occurred, the city saw a strong fourth quarter with 172 permits issued. Residential construction also picked up in Stockbridge during the fourth quarter when 57 permits were issued.

The board of commissioners approved six new street light districts in 2019, representing subdivisions with 419 lots. The subdivisions included the following:

On February 4, the commissioners approved three additional districts for the following subdivisions:

About Clayton 942 Articles
Clayton Carte is the founder and owner of MHF News. Since 2017, he has written over 900 articles sharing local updates with the community.

Thank you to our Patrons