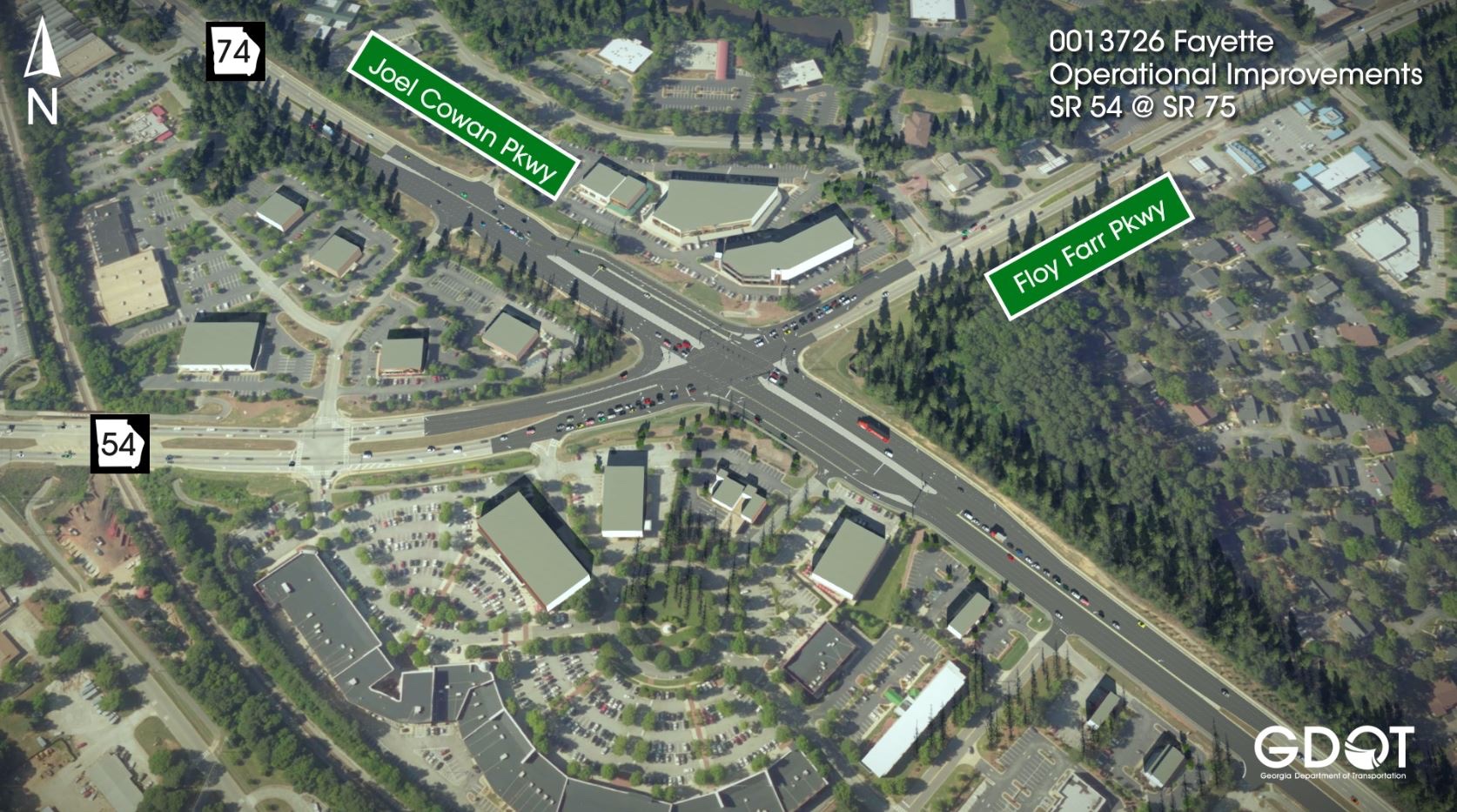 Peachtree City residents learned more about the state’s plans to construct a displaced left-hand turn (DLT) intersection within the city at a public information open house held January 23. The project will be located at the intersection of state route 54 and state route 74.

The new $9.5 million dollar intersection is planned to let for construction in late 2021. The project is expected to be completed in late 2023 or early 2024.

The above paragraph is credited to Georgia DOT.

How will the project improve traffic flow?

This improves traffic flow by reducing the length of signal phases at the main intersection and allowing more “green time” for through traffic.

The project will also construct a continuous flow right turn lane from SR 74 southbound to SR 54 westbound. An additional westbound lane will be constructed extending to the next traffic signal to support the continuous movement.

Yes! There are two DLT intersections in operation within Georgia. They are located along Georgia 400 in Dawsonville and US 78 in Snellville. Peachtree City will be the third DLT in the state.

About Clayton 1033 Articles
Clayton Carte is the founder and owner of MHF News. Since 2017, he has written over 1,000 articles sharing local updates with the community.