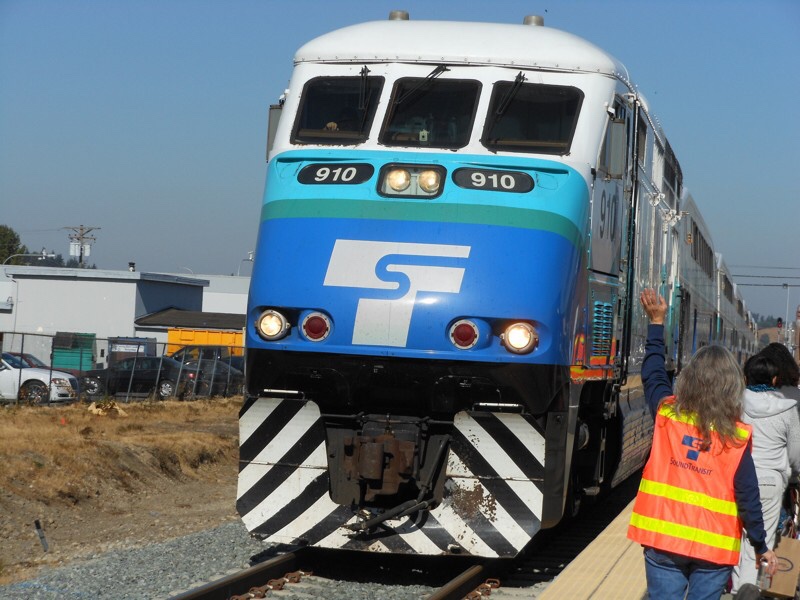 A commuter train, like the one pictured above, could be built in Henry County in the 2030s if voters adopt a local transit sales tax. (AJC photo)

Some blog followers may be aware that Georgia’s motor fuel tax collections are restricted and can only be spent on roads or bridges, but a proposed constitutional amendment by state representative Josh McLaurin (D-Sandy Springs) would expand the pool of eligible funding recipients to include all transportation purposes. Most notably, this would enable gas tax collections to be spent towards public transit.

Constitutional amendments require a two-thirds majority â€“ 120 representatives and 38 senators â€“ followed by a statewide voter referendum. It is highly unlikely the proposed amendment will reach a statewide vote.

Moving Henry Forward posted on our Facebook page asking followers their position on the potential ballot question. Out of 277 voters, 61% selected “leave it as is” with gas tax collections directed towards road projects only.

Jeremy Ray Hagler commented “[its] probably best just to leave it as it is. The roads and bridges are already not in the best shape.” Scott Moore added “Why tax road users and give the money to non-road users? Use the money for what it was taken for!!!”

On the other side, 39% support including transit as an eligible recipient. Bernie Sparks commented “by expanding public transit, we improve the highway experience for everyone. For every Xpress bus with twenty-five passengers, twenty or more cars are not on [Interstate] 75.”

David Hipps’ comment was perhaps the most important of the entire discussion: “make sure you contact your representative and let them know how you feel either way.” The Georgia General Assembly began their 2020 session last week and will consider a wide range of legislation effecting the state while in session.

About Clayton 966 Articles
Clayton Carte is the founder and owner of MHF News. Since 2017, he has written over 900 articles sharing local updates with the community.